Our grandson Ben was visiting one day last week and we decided to do a science experiment.  We named it "walking water". 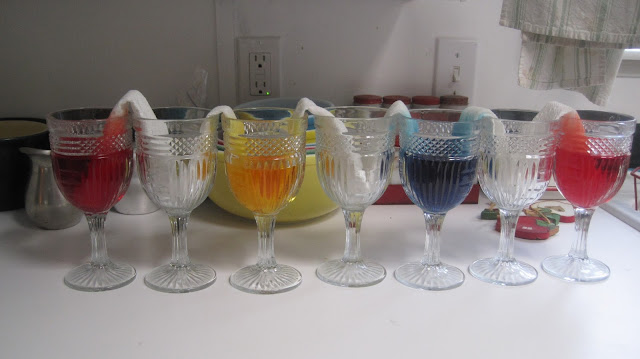 Fist we set out seven glasses - four with colored water - red, yellow, blue and another red, and three empty.  Next - folded paper towels into 2 inch strips, folded in half and cut just a bit taller than the glasses.  Paper towels were placed into the cups - connecting each two cups all along the way.

We checked them about every half hour - the water began to rise up the paper towels from the filled glasses - going towards the empty glasses. 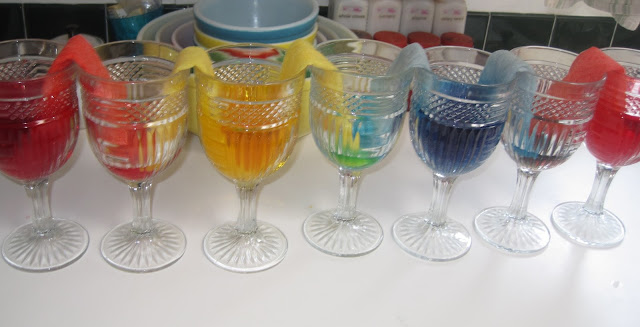 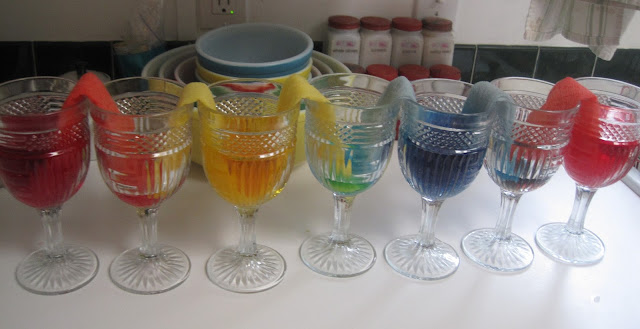 After about an hour and a half you could begin to see the mixed colors in the previously empty glasses - glass 2 is orange - glass 4 is green - glass 6 is purple.  The water has walked to the next glasses and mixed colors. 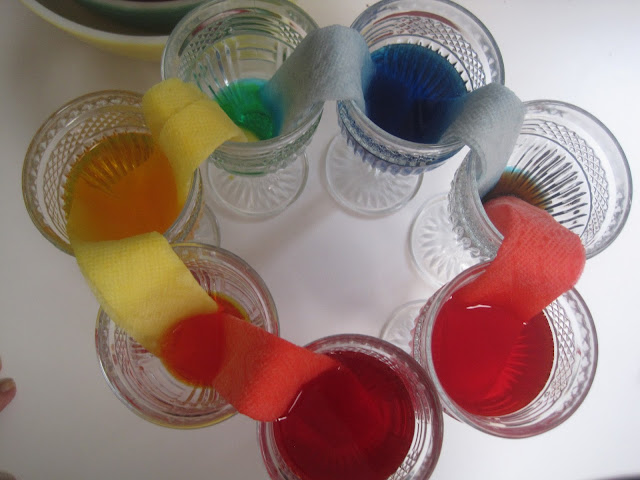 Moving the glasses into a circle we can see the result or our experiment.  The two red glasses are next to each other when we circled them around.  It was a fun day.

The Good, the Random, the Fun
Bernideen's Tea Time and Cottage Garden Blog Party
No Place Like Home
Posted by JoAnn ( Scene Through My Eyes) at 7:31 PM

Dar JoAnn:
What great fun this would be for kids and they would learn a lot! Very interesting. Thanks for sharing.

That looks like fun even for an adult. I'll bet my granddaughter would have fun with it too.

A great experiment to do with children! xx

You and your grandson look like you had oodles of fun. Such a great experiment. I love the photos. Just visiting from Bernideen's party.

I think this was wonderful fun for a child but I think it would be fun for an adult too! Thanks for sharing.

This is sooo cool! I would never have thought of anything like this.

Wow that is so cool!

This is very cool! I remember mixing crayons or paint together to make purple and green. The kids would really enjoy this. Thanks so much for sharing.

What a fun experiment and learning experience. - Margy

What a great experiment! How lucky you were to have a chance to witness and record it!