Crocheting Hats for the Homeless

While I've been recuperating from my 10 days in the hospital I eventually had enough energy to begin crocheting again.  So I picked up a crochet hook and began on my project of making hats for the homeless in our town.

These are a few of the hats - so far I've made around 70 hats this year. 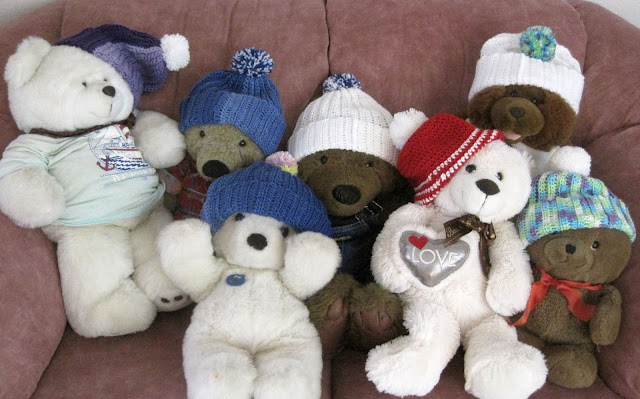 I decided to make some pom-poms from some of the hats with the little scraps of leftover yarn.  And then some of my bears decided that they needed to wear hats, because they are sick and need to go to the doctor. They think they get candy when they go to the doctor - silly bears. 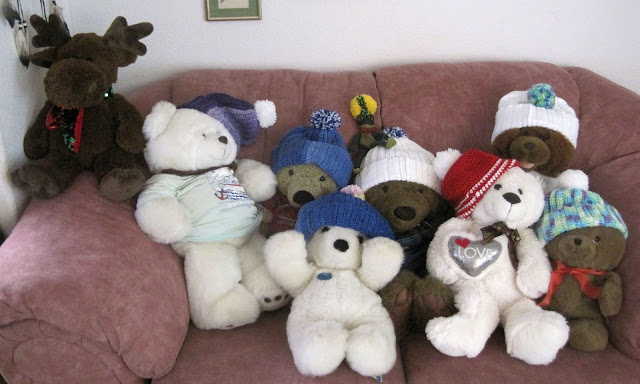 The moose is the doctor - he has a badge and a shiny sequin stethoscope. 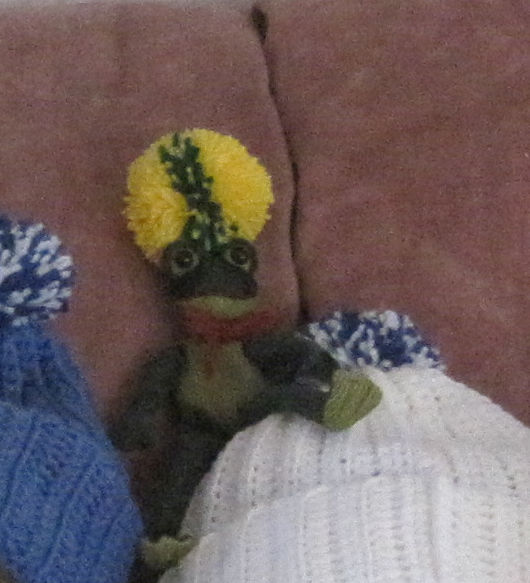 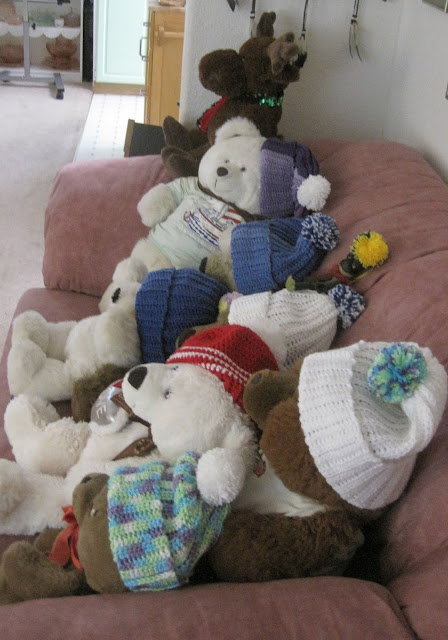 The bears finally took off their hats after a very long wait at the doctor's office, and went in search of some candy - I can hear them rummaging around in cupboards and drawers - oh well.
Posted by JoAnn ( Scene Through My Eyes) at 8:09 AM

Love the cute hats and bears. You are kind to help out the homeless with your hat project.

Wishing you a happy day!

You have been busy! I love the color range in the 3rd from the right in the front row! 70 hats is a lot of hats!

What a wonderful project! And your hats are beautiful!

You are so sweet to make things for those less fortunate. And your teddy bears are just precious. Which one would I hug first? Have a good day my friend. Take care of yourself always!!! Hugs!

What a wonderful thing to do crocheting hats for homeless people. Who helps you distributing them? - Margy

How kind you are for knitting these wonderful hats for these vulnerable people. You have been busy. All will be received with thankful hearts.