Repost of a Fabulous Day

I posted this 6 years ago today - and wanted to reshare it again today - 7 years after Don's open heart surgery.

June 12, 2009 - what a day. It was the day of Don's open heart surgery to repair the badly damaged mitral valve - 7 1/2 hours - the waiting - the worry - the ups - the desperate downs - always held steady by our son who suffered along with me, yet helped me through it all. Thank you Rusty - I love you! And the support from our daughters and their families - the visits to the hospital - the time spent there so I could have a break now and then over the next 9 days that Don spent in the hospital - I love you!

And then - one year later

June12, 2010 - up early, but not as early as last year. Final preparations for the day - then off the a local park when Don was doing a 5K walk with co-workers. What a way to start the anniversary!!! 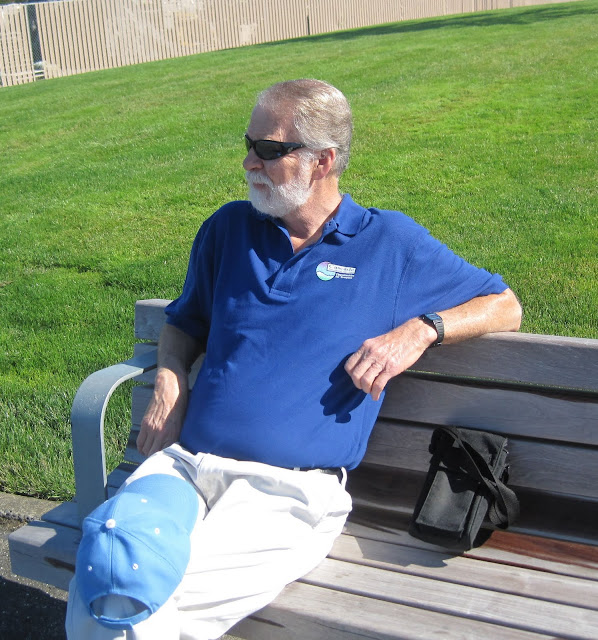 Don enjoying the view of the bay before the race started . . . 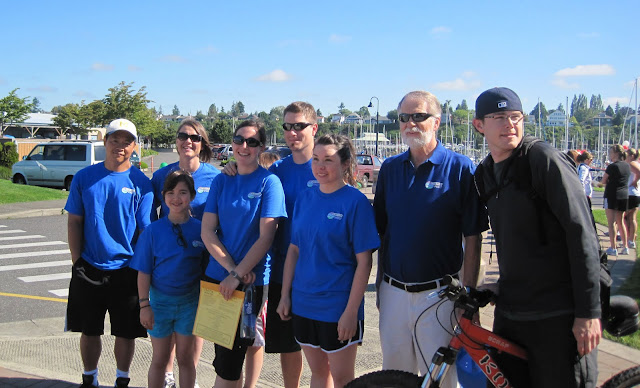 Don and some of his co-workers before the race . . 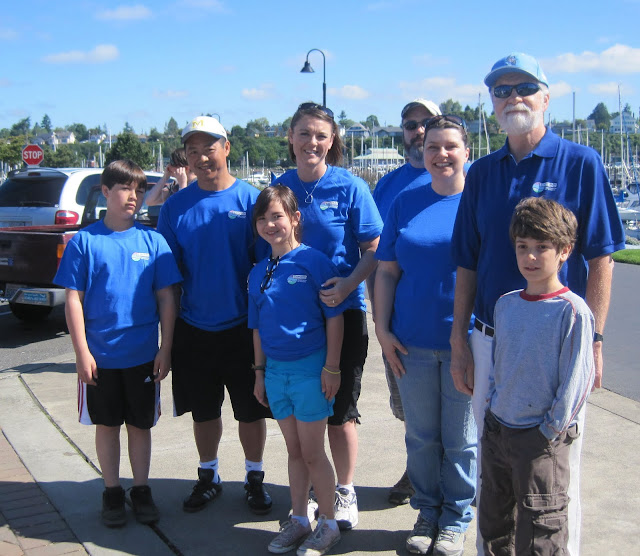 And our grandson Jahn - who did the race with Grandpa . . . 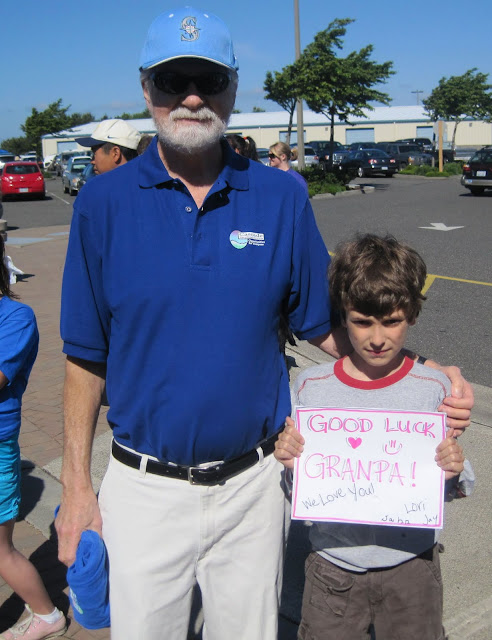 Jahn-Zyel with a sign for grandpa before the race . 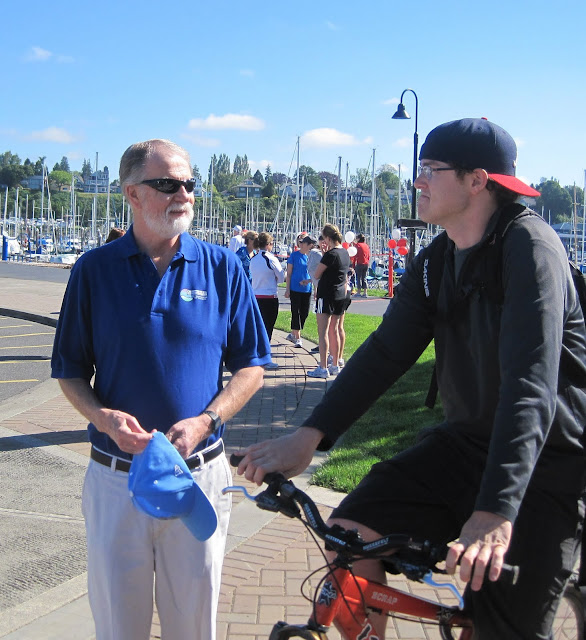 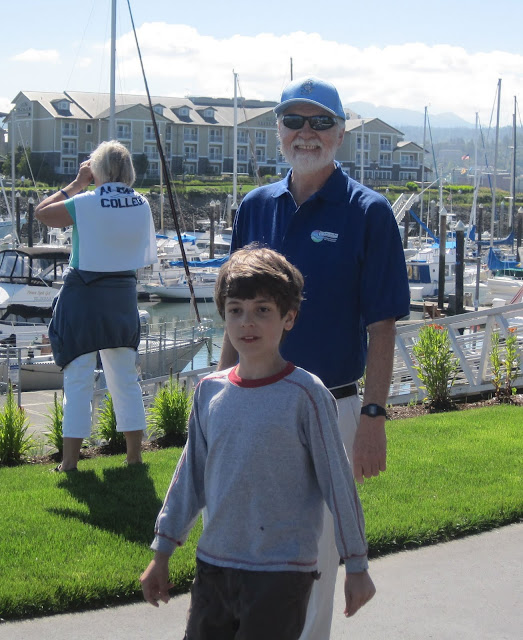 Here come Don and Jahn - about to cross the finish line . . . 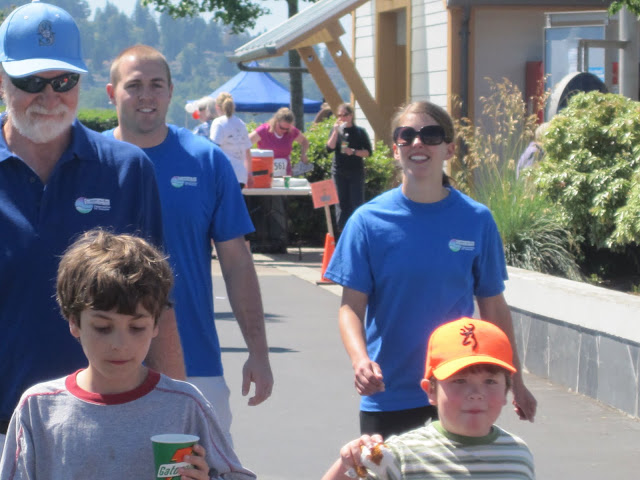 And then it was time for a picnic in the park with all the co-workers and our daughters and their families . . . 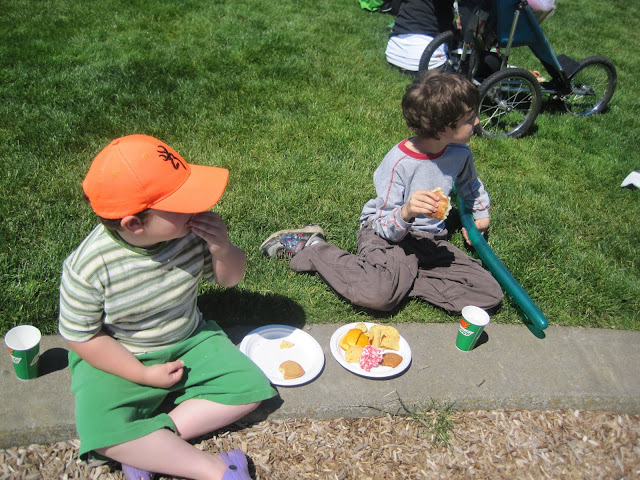 And now - 7 years later, we are still celebrating.

Bless both you and Don. This certainly is an occasion to celebrate.

That must have been a stressful time but what a great outcome. Hope there are many more anniversaries ahead of you.

A wonderful look back to a great time of celebration. Congratulations to Don on being healthy for 7 years! May he have many more healthy years to come!

Congratulations! Health events like this certainly brighten ones appreciation for life...and make each year a greater treasure.

What a worrying time it must have been. Thank goodness he is so well.

How marvellous! Congratulations to Don, and a big hug for you, it must have been such a worrying time.

My surgery was about 12 years ago and I'm thankful.

Beautiful story with a wonderful happy ending! It seems that the combination of modern medicine and sincere family support can get anyone through anything these days. I am so grateful you had both. The past seven years has been so much fun for you as you traveled with Don and took pictures that have inspired, intrigued, and awed your readers! Looking forward to many, many more!

Wonderful to look back on this achievement in life!

A wonderful thing to celebrate!! I hope that you have many more years of celebrations!!

Modern medicine is miraculous, isn't it. From the dreadful lows of that dark, dark time to the joyous celebration of life today, you are all very blessed. How fabulous that your husband is so healthy today and participating in the 5km walk...what an achievement! May there be many, many 5km walks ahead!