There are many small, quiet roads in Washington 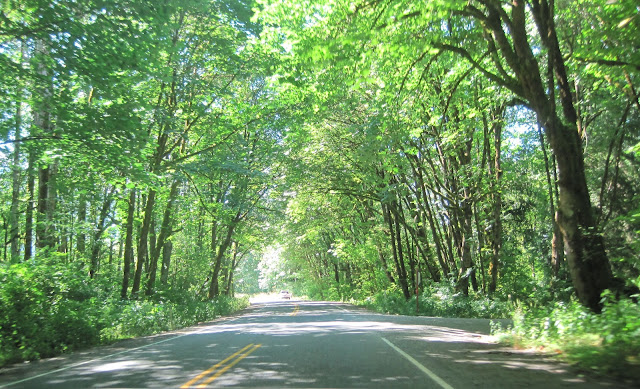 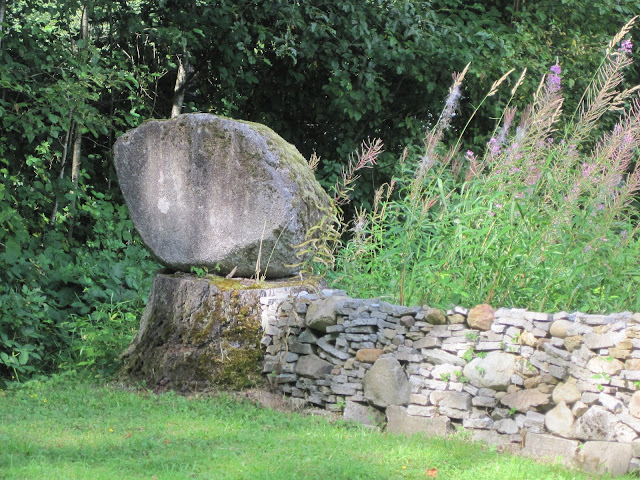 Some go past  big boulder on a rock wall 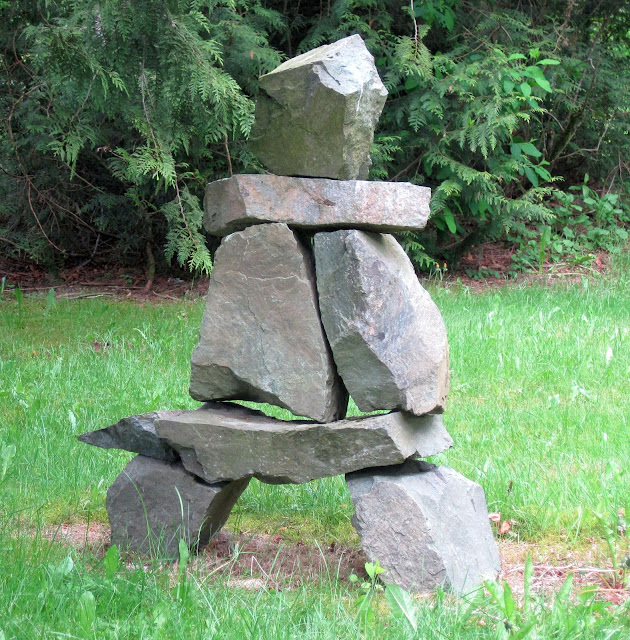 Or stone Inukshuk along the way

These stone figures can be found in the far north, as symbols that mean "someone was here, or you are on the right path.  The word mean "in the likeness of a human" in the Inuit language, and they are used for communication and survival. They can also be used as a memorial for a loved one, or as an indication as to where fish can be found.  Some have been used to indicate spirits and spiritual places.

These are among the oldest and most important objects placed by humans in the Arctic lands, and in Inuuit tradition is is forbidden to destroy Inuksuit. This is my inukshuk - given to me by my Grandson Ben and his familiy.  It was a very snowy winter that year and inukshuk is wearing a coat  made of snow.

Interesting post! I first found out about these when I went to Maine and found them along hiking paths.

So pretty! Love the first shot especially! We are supposed to get a big snow storm tomorrow, I was hoping for spring weather!

How beautiful, and so interesting about the inukshuk. We've seen some around here, but didn't know the history.

interesting read ... I've created my own version out of bricks