Vacation Barns - these pictures were taken while on vacation 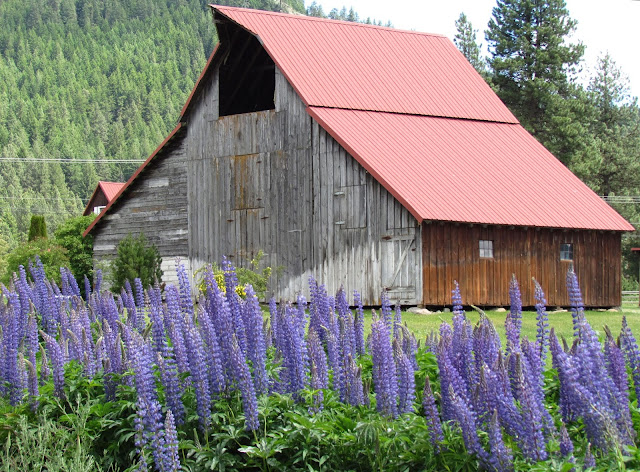 In Plain,Wa - lupines blooming alongside a road, in front of a barn.

Plain is north of Leavenworth, WA, in the mountains, near Lake Wenatchee - but not near the town of Wenatachee, WA.  The state wanted to name the town Lake Wenatchee but the town folks thought they would be confused with the other town, Wenatchee, WA and tourists would miss their town.  So they asked the state to give them a different name - they said,  "Just a plain name would do" - and so the town became Plain, WA - perhaps because the state officials were a little miffed at the town people for protesting the originally planned name. 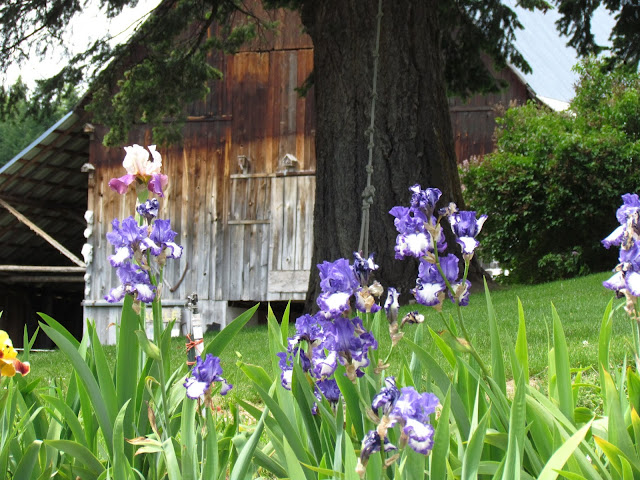 And irises in front of another barn 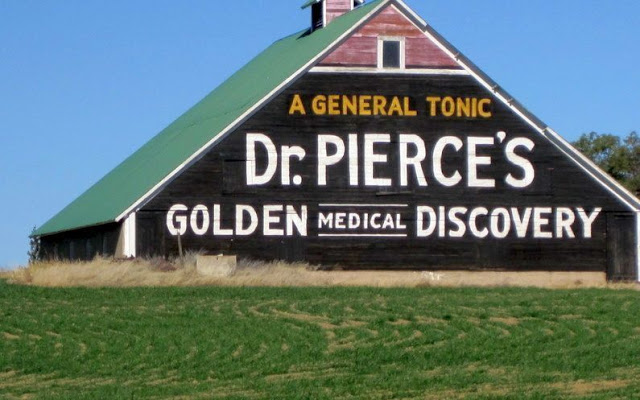 This barn is in Eastern Washington - with the old fashioned advertising sign painted on the end of the barn.

The Barn Collective
Posted by JoAnn ( Scene Through My Eyes) at 3:34 PM

Oh, JoAnn, I love that first one especially, but the others are really nice, too!

Oh man, which one do I like the best. Tuff! The first one is great, the second one is great too, Dr. Pierce's is a great discovery!!! Thanks so much for linking up this week. Let's hope that you have more to come. Tom The Backroads Traveller

I could use me some good tonic!

The lupines really set the scene!

Great selection of barns...and I love the story about Plain!

The lupins and iris look pretty but the sign on the last barn is great. Like a step back in time.

All fantastic with great stories behind them too! xx

I really love the first two photos. You don't see advertising that much on barns anymore around here at least.

Well, no matter how "plain" the name, Plain is a beautiful pastoral setting on the map of Washington!

I like the first one but the second talks to me. I think its my fav.
You take some of the best pictures.
Thanks for sharing