After taking pictures in the snow on Saturday morning (last post) we decided to hit Birch Bay on Sunday morning. It was raining but the forecast had said some clearing between noon and 2 - so off we went. It was raining quite hard when we left, but by the time we got to Birch Bay the skies were clearing, and sure enough, we got a bit of sunshine.

There were a lot of ducks in the bay and the tide was going out - fast. It is a very shallow bay and when the tide goes out it goes out quickly. 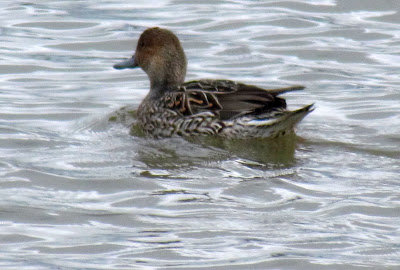 I did get a quick shot of Sir and Madam Pintail - as they were fleeing. They seemed to be very skittish and even though there were large flocks of them, they got out of camera range quickly. 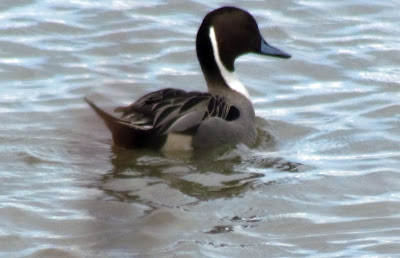 As we were driving along the bay in town I spotted a Heron out a little ways on the beach - standing on a pipe. As Don turned the car around to park, we pulled up alongside another Heron that we hadn't spotted before, this one not 30 feet away - standing on a rock. What luck! 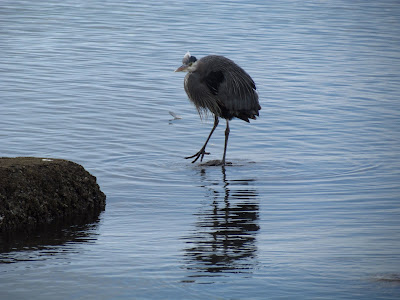 You can see a small feather in the water - he had spent a lot of time grooming himself as we sat and watched. 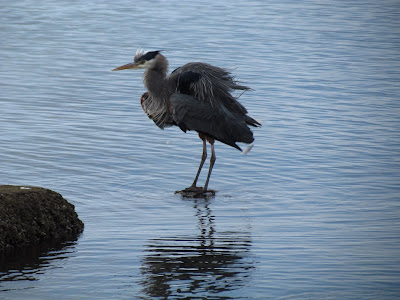 He ruffled his feathers several times, I almost caught him with his wings spread. 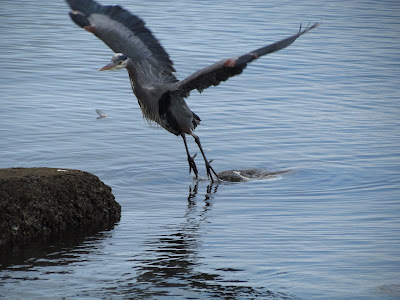 And then he gave a hop and moved from the small rock to a larger one. I had my camera focused on him constantly and got the leap. 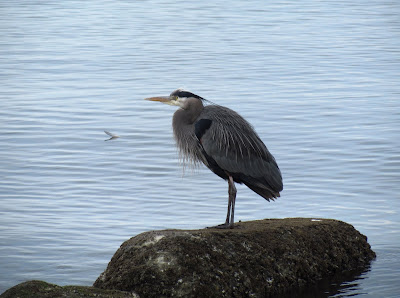 He stood on the rock and watched what was going on around him . . . 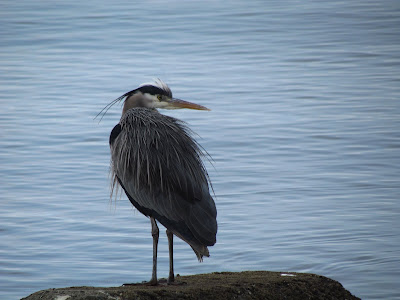 He looked at the seagulls nearby. . . 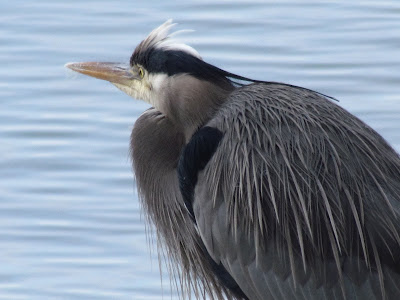 And a close up - enlarge the photo by clicking on it and you can see small bits of feather on his beak. 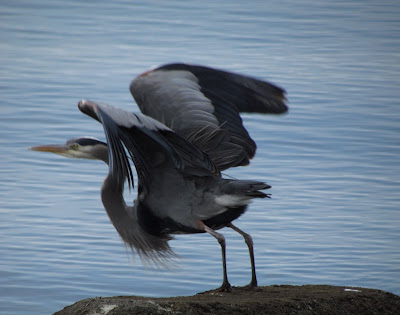 And then, not long after that first hop, he took off - and I captured that too. It was such an exciting day!

The sunshine lasted until we pulled into the driveway at exactly 2:00 - for one time the forecast was correct - sun from noon til 2.

Oh Jo! These are probably the most amazing captures I've seen of a heron. I especially love the action shots. Well done my friend, well done! ~Lili