Driving along on a sunny day recently we crested a hill - and look what lay out before us!!! 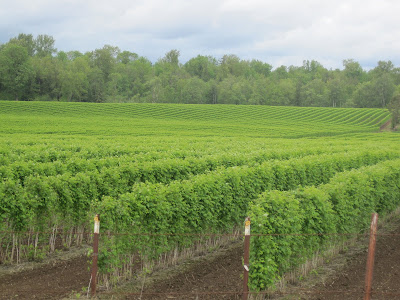 One of the most amazing raspberry fields we'd ever seen . . . 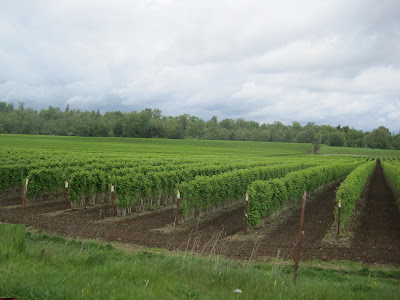 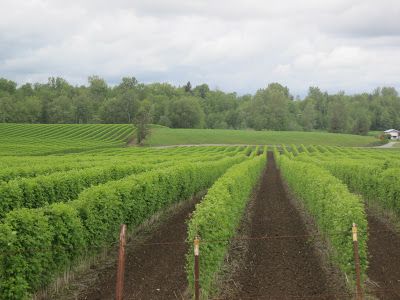 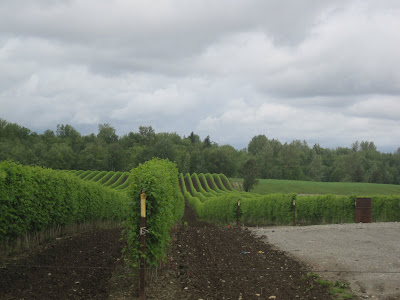 Rows running up and down the small hills . . . 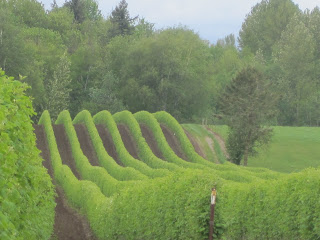 We are fortunate that the farmers sell the raspberries at fruit stands through  the county - at a very reasonable price - and we always buy several flats to freeze.  They also grow crops of blueberries and strawberries, and sell those at roadside stands too.  This is a wonderful place to live - and we get fresh cherries, peaches, pears and apples at roadside stands, brought over from east of the mountains where the orchards are. 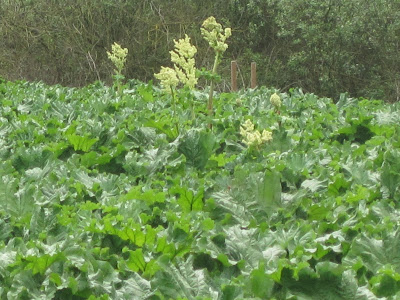 And right alongside the road - we came upon this massive filed of rhubarb . . . who knew that it was a local crop? 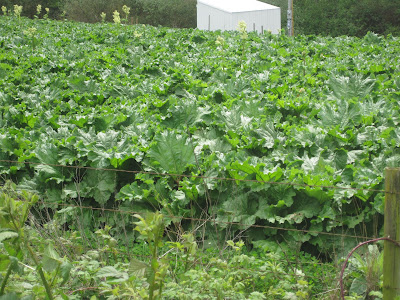 I'd never thought about commerial rhubarb fields - this one went on for about  mile . . . 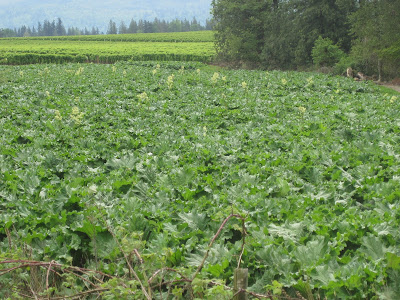 Some of the plants were already going to seed - I wonder if they are going to pick this rhubarb?
Kind of makes you hungry for rhubarb-raspberry pie - or raspberry-rhubarb jam doesn't it?
Run over to Dippity Road to see much more beauty!!

Oh darlin -- the photo of the rows running up that hill is to die for! Great shots and oh how i wish I could run up on something fun like this! wow.

Thanks sooo much for joining with us FFB -- I adore you for it!

That is amazing...beauty for real...
I have never seen anything like it.
Wowsers!!!
glenda

I live in Whatcom county, and I live in the midst of the berry fields. There is nothing like riding your bike during the harvest season through these area, the aroma of raspberries is overwhelming! I love this place. The berries are delicious here.