I'm Sort of Back - with Barns

I'm slowly returning to blogging.  I've spent most of this past week redoing my studio.  Pulling everything out - sorting through bins and bags and boxes - and rearranging things.  I moved my dolls to the piano room where they now have a new shelf unit that they can pose on for photos - and the shelves beneath have cubbies for storing their clothes, shoes, boots and accessories.  The studio was emptied of  10 bags of throw-aways and give-aways - things were resorted and tidied and it is much nicer in there now - a place that I can once again use for crafting and sewing.

Now - to the barns.  I've continued to take photos of barns while on my break - so have lots to share.  Don't worry - I'm not sharing them all today. 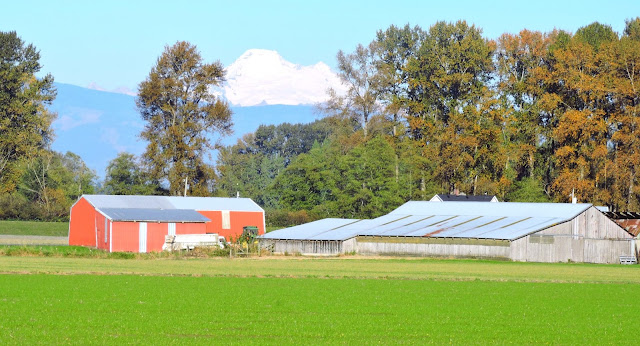 Let's start with some from late October - with the leaves beginning to turn. 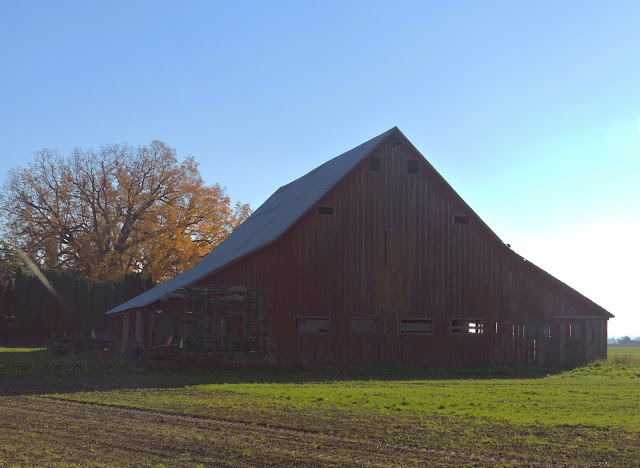 A sad old barn, beginning to lose some of its boards.  I don't expect it to be around too much longer. 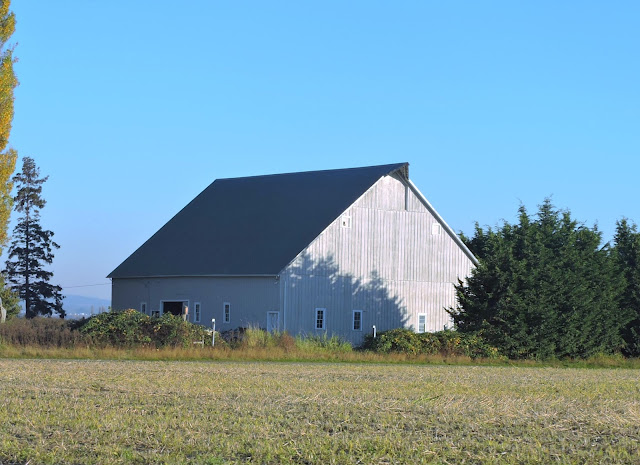 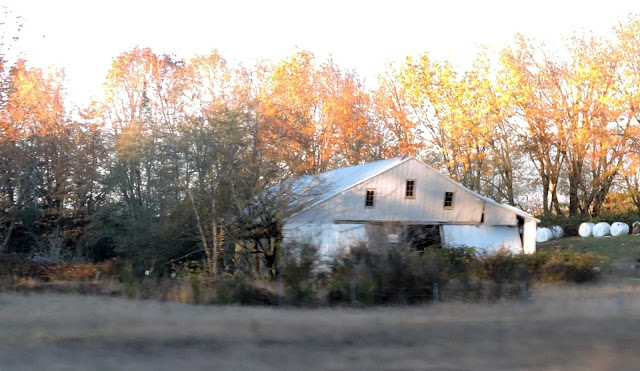 Sagging more and more - poor barn isn't all that old - I've shown it before and like to photograph it now and then to show how it is caving in. 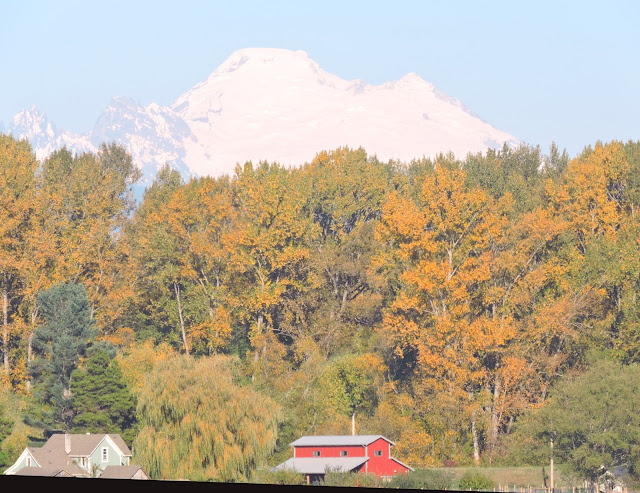 A little red horse/hay barn in front of autumn leaves and Mt. Baker. 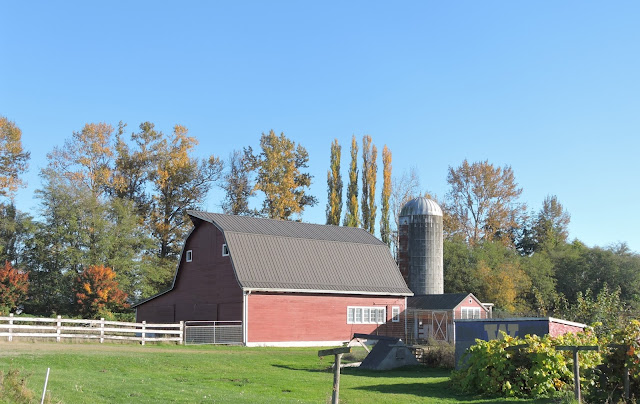 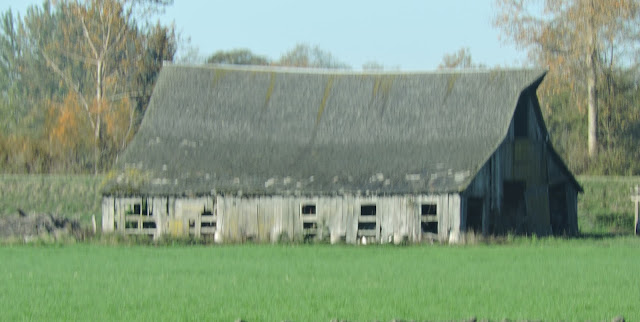 And another view of the barn sinking into the Skagit flats, surrounded by green winter fields.

...JoAnn, you must have amazing organizational skills to care for all your treasures. It's a pleasure to have you back and remember that welcome mat is always out! You have a great collection from the pristine to those ready to collapse. Thanks so much for sharing this week and please stop back when you can.

I've spent much of my time over and since Christmas unpacking and then arranging my office. Almost finished, and feeling good about it.

The old barns could tell such tales, couldn't they, of life as it once was. It's sad to see them disappear. Glad to see you posting again. Cleaning out rooms gives impetus to new projects, I think.

Hello JoAnn,
Great series of bran images. My favorite is the next to last one. Pretty scenes. I am glad to see you back blogging. Happy Monday, enjoy your day and new week!

Love that barn with the mountain in the background!

Good morning. I always wonder if I've driven by some of these barns. Fun collection! Hope you have a good week.
~ellen b. The Happy Wonderer