We were at a park near the airport. The park overlooks the bay and the planes come in over the water - VERY low, preparing to land. I didn't get the best shot of the day - an airliner that was no more than three feet higher than an apple tree in the park. We could see people's facing, smiling faces, as the plane roared overhead. My camera was too slow - or the plane was too fast - and I missed the shot. I've never seen a plane that low before.

Lots of smaller planes zoomed overhead - singley and in groups - sometimes so low that the roar of their engines made us feel that we were about to be hit by the plane. Some were so loud I cringed as they flew overhead. 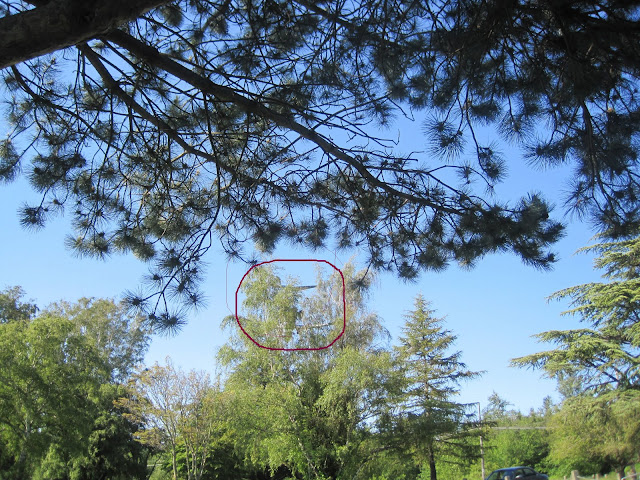 Approaching the airport - the planes are lost in the trees.  .  . 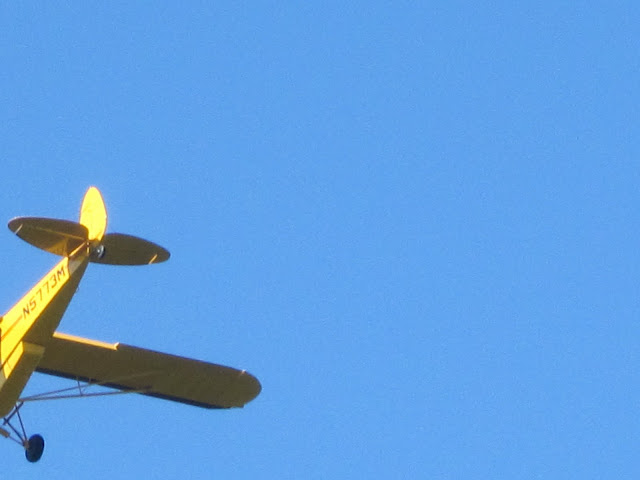 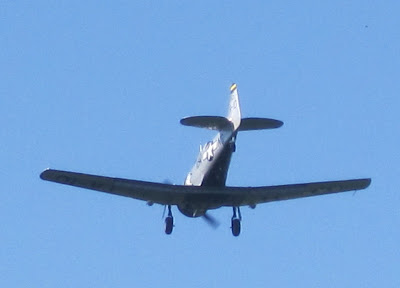 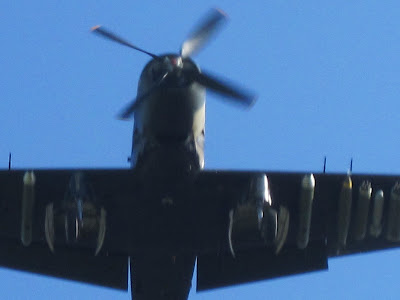 WHAT?  What is this plane doing landing at the Bellingham airport???

I love small planes! They are so unique from one another. Do you think those 'misiles' are blanks? I hope! Love the yellow plane. Once, a small yellow plane went over our house and my husband stood there and yelled, 'It's yellow!'. We have made fun of him ever since and whenever we see anything yellow we tease, 'It's yellow!'

A Garden of Threads said...

It must get noisy at your home. You did very well getting those photos. Have a wonderful weekend.

There is a certain excitement watching a low flying airplane . . . I know we've parked and done that before. Interesting what you can pick up with a powerful zoom...missiles?! WOW